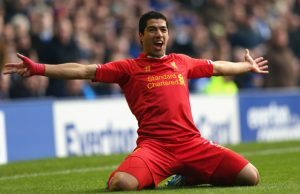 The Gunners made a £40,000,001 bid for the Uruguay captain when he was at Liverpool, thinking his release clause would be triggered as a result. Reds owner John Henry was angered by the offer.

Wenger was asked if he ever thought about what might have been if he had signed the striker, he said: “Not now. It happened to me before but now now.”