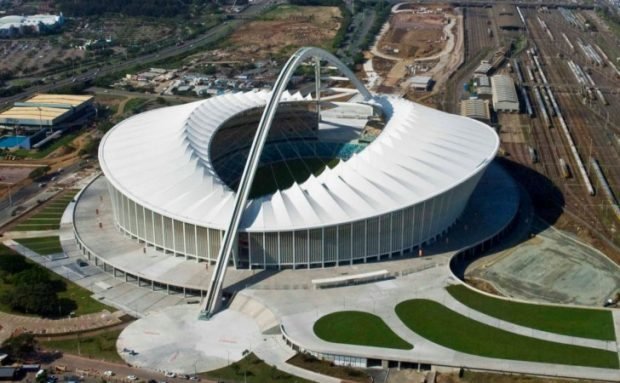 The motherland of Africa is filled with beautiful stadiums around the continent variety of nations. The continent is rich in wealth and cultural history and has some history and modern stadiums. Previously we wrote about the most Expensive Stadiums in Africa.

The continent is surrounded by wealth and has a very interesting history and tourist features. South African stadiums hosted the FIFA World Cup for the first time in the history of the tournament and I’m sure everyone was surprised and pleased to find that Africa has one of the biggest stadiums in the world and one of the most beautiful ones.

Many people refer to the African continent as the jungle but after viewing this list I’m sure you will no longer think of Africa as a jungle. Here are the 20 biggest stadiums in Africa. 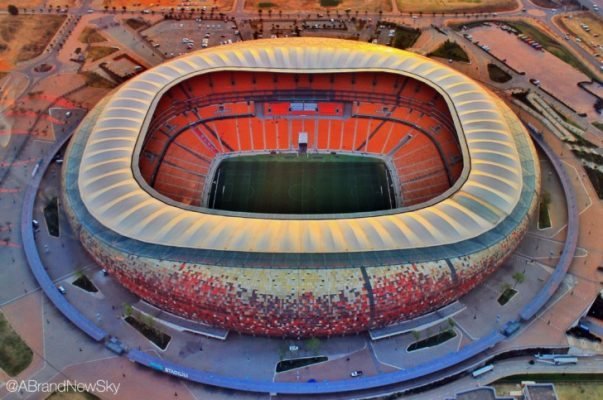 The Biggest stadiums in Africa

What is the biggest stadium in Africa? Is it Chipa United’s Nelson Mandela Bay stadium that takes the first spot on the list? Or is it Kaizer Chiefs FNB Stadium?

Well, the biggest stadium in Africa is the Soccer City stadium also known as the FNB Stadium. The South African national team and Kaizer chiefs stadium is the biggest in Africa with a capacity of 94736.

Host to the 2010 World Cup final game between the Netherlands and Spain. The FNB stadium is popularly known as the ”Soccer City” or the ”Calabash” to the people.

The Johannesburg stadium is home to PSL giants Kaizer Chief and the South African national team. It has a capacity of  94,736 also making it one of the finest and Biggest Football stadiums in the world.

It was the site where Nelson Mandela made his first speech after he was released from prison in 1990 and also served as a memorial service for Nelson Mandela on 10th December 2013.

It has been nicknamed the ”Calabash” because of its resemblance to the African pot. It has a construction cost of $440 million making it the third most expensive stadium in Africa.

Here are the other stadium lists: