UEFA Euro 2020 is scheduled to play across 12 European countries from 12 June to 12 July. Live telecast and broadcast of the 2020 European Championship can be watched on televisions and online streaming sites all over the world

Rome’s Stadio Olimpico will be hosting opening game of Euro 2020 on June 12 from 9:00 PM onwards. Meanwhile final is scheduled to be hosted at Wembley Stadium in London on 12th July. if Portugal qualify they will be title defending champion in UEFA Euro in 2020

Knockout phase matches will take place from June 27 as Round of 16, Quarterfinals, Semifinals and final will be played. 24 national football teams will be competing in this Europe’s international football event for men’s.

The 34 year old veteran is currently the best player at Juventus. He made his Euro debut back in 2004 for a brilliant Portugal side who went to the finals of the tournament and then, unfortunately, lost to Greece. However, it was a moment of great joy for Portugal. They had uncovered a player, who was going to go down in the history books.

Cristiano Ronaldo reached heights never seen before, sometimes literally. He is now one of the best players to ever play the game and in his earlier days his particular strengths included speed, stamina, shooting and lethality.

Fast forward to the older CR7 who is 34 years old and Ronaldo has taken such brilliant care of his body that he is still one of the fastest players in the circuit. His top speed this season came at 34 kmph when he made a 92 metres sprint in less than 12 seconds for Portugal during the qualifiers! 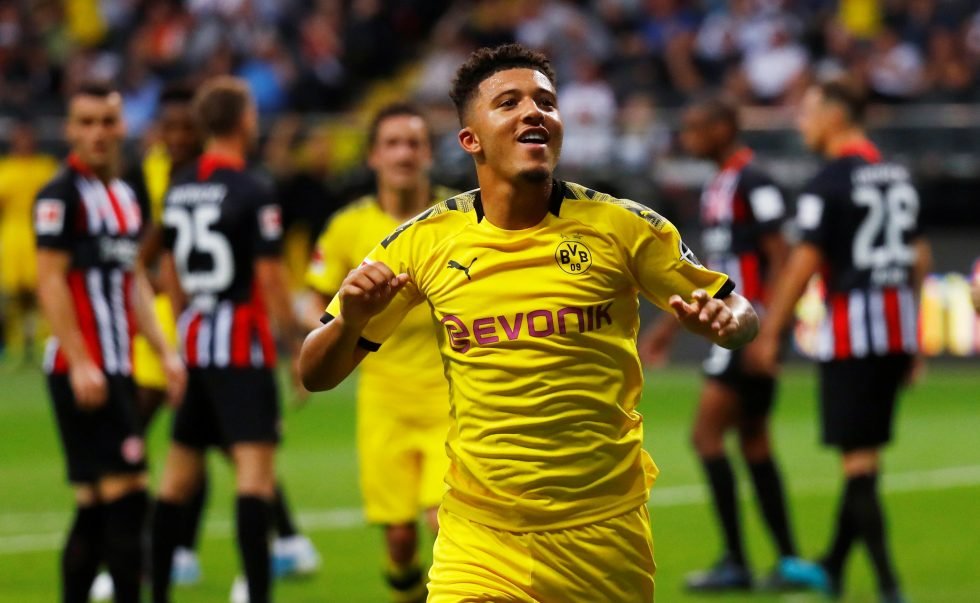 The Manchester City youth academy star was rejected by Guardiola. Pep did not deem him ready for the first team yet despite winning the U-17 World Cup with England. He went on to leave England and join German side Borussia Dortmund where he became one of the better players and is now a star in Europe.

Sancho has done well with the national side too recently and will be key to England’s hopes in the 2020 Euro. He has a brilliant pace and trickery and his latest top speed recorded saw him the clocks for 34.6 kmph!

Raheem Sterling is England’s hope diamond at the moment. The Manchester City forward has been in impeccable form this season. He has banged in goals left right and centre for both club and country. Sterling is still very young and England have a star in their hands for the future as well.

The Three Lions side have always managed to perform below par in national tournaments despite having brilliant players and they will be hoping to break the duck this time since winning the World Cup back in 1966.

The current English team is built on pace and skills. Sterling being on the wings will have to be at the top of his game. Raheem Sterling’s top speed this season is 34.97 kmph! Wow!

German product Kai Havertz is a prodigy in the making. However, it is a little weird to see him on the list. He is a central attacking midfielder. So those players are usually known for their passing ability and vision; not for their pace! However, Havertz is only 19 and a modern-day player.

Germany did not do well in the 2018 edition of the FIFA World Cup and since then it has been train wreck for them as well. Hence, they have had to put away players who have won them trophies like Thomas Muller and Mats Hummels and Jerome Boateng and co.

The new German squad will have a lot to prove and Kai Havertz will have to showcase his abilities as their chief playmaker after Ozil was ruled out of playing for Germany ever again.

Havertz’ top speed ranks at 35.01 kmph and he will be hard to stop if Germany can get the ball rolling.

The Liverpool forward is famous now all around the world for his role in knocking Barcelona out of the UEFA Champions League semi-final by scoring two goals in the second leg in a famous 4-0 comeback win! So, he is famous now everywhere.

He is dangerous, lethal and fast. Origi will be a handful for Euro as well as he will turn out for a Belgian side who are full of quality. Also, his top speed comes at 35.04 kmph.

AC Milan forward and Croatia star Ante Rebic will be another player to keep a close eye on. Rebic’s team came close to a World Cup win when they reached the finals in 2018! Hence, they will want to go one better and at 35.10 kmph with speed for Rebic, Croatia will have to use him correctly!

It is tough to play as a new team in the PL but Sheffield are doing really well. However, Enda Stevens has been crucial for them from his wingback position. Also, his top speed comes at 35.99 kmph! Hence, he is the second fastest in the PL and he will be one to keep an eye on.

The fastest of them all is now at risk of missing out on the Euros. He was recently ruled out from playing for three months at least with a double stress fracture and a floating bone in his ankle. However, Rashford on his day can take apart any defence. He is the best in speed and counter attacks for England and with a top speed of 36.32 kmph his top speed, he will be so entertaining for the Euro 2020!