A major transfer in the summer of 2022 was Kasper Schmeichel who departed to OGC Nice recently.

Well here are the players for Leicester City Transfers 2019. Leicester City brought in Youri Tielemans in January and paid a record fee to make his move a permanent loan. They also paid over the top for Ayoze Perez to further strengthen their attack. In Dennis Praet they got a smart buy from Italy. James Justin was their fourth buy and someone to add strengthen their defence. Watch & Bet Here =>

Leicester City brought in Youri Tielemans from AS Monaco in the January transfer window. The Belgian midfielder has arrived on loan from the Ligue 1 club and will stay until the end of the season at the King Power Stadium.

Leicester City finished in ninth position last season in the 2017/18 Premier League season. The Foxes have failed to replicate the heights they reached in the 2015/16 season when they won the Premier league title. However, manager Claude Puel is hoping to bring them back further up the table this time around. Leicester have secured a few signings already in the summer transfer window and more signings are expected. The big news is though, Leicester will have to play this season without their star player Riyad Mahrez after they sold the Algerian to Man City for £60 million. But here are all the players Leicester have signed so far and the players that they have sold.

Leicester City have made a number of good signings in the summer transfer window 2018. The Foxes signed Jonny Evans from West Brom for a bargain price due to the centre-back having a clause in his contract that he could be sold for cheap if West Brom were relegated (which they were). Additionally, Claude Puel signed a couple of young and highly-rated defenders just before the transfer deadline- including Turkish centre-back Caglar Soyuncu from SC Freiburg.

Leicester have been improving their squad this summer ahead of the 2017/18 season. After an incredible 2015/16 season, where they won the Premier League against all odds, Leicester City had a challenging season in 2016/17. Unfortunately, they did not live up to the same heights again and only managed a 9th place finish. This was after flirting with relegation for a lot of the season. They had to sack title-winning manager Claudio Ranieri, much to the dismay and criticism of the fans. However, this turned out to be a good decision as his replacement, Craig Shakespeare, guided the Foxes away from relegation and towards a top half finish. 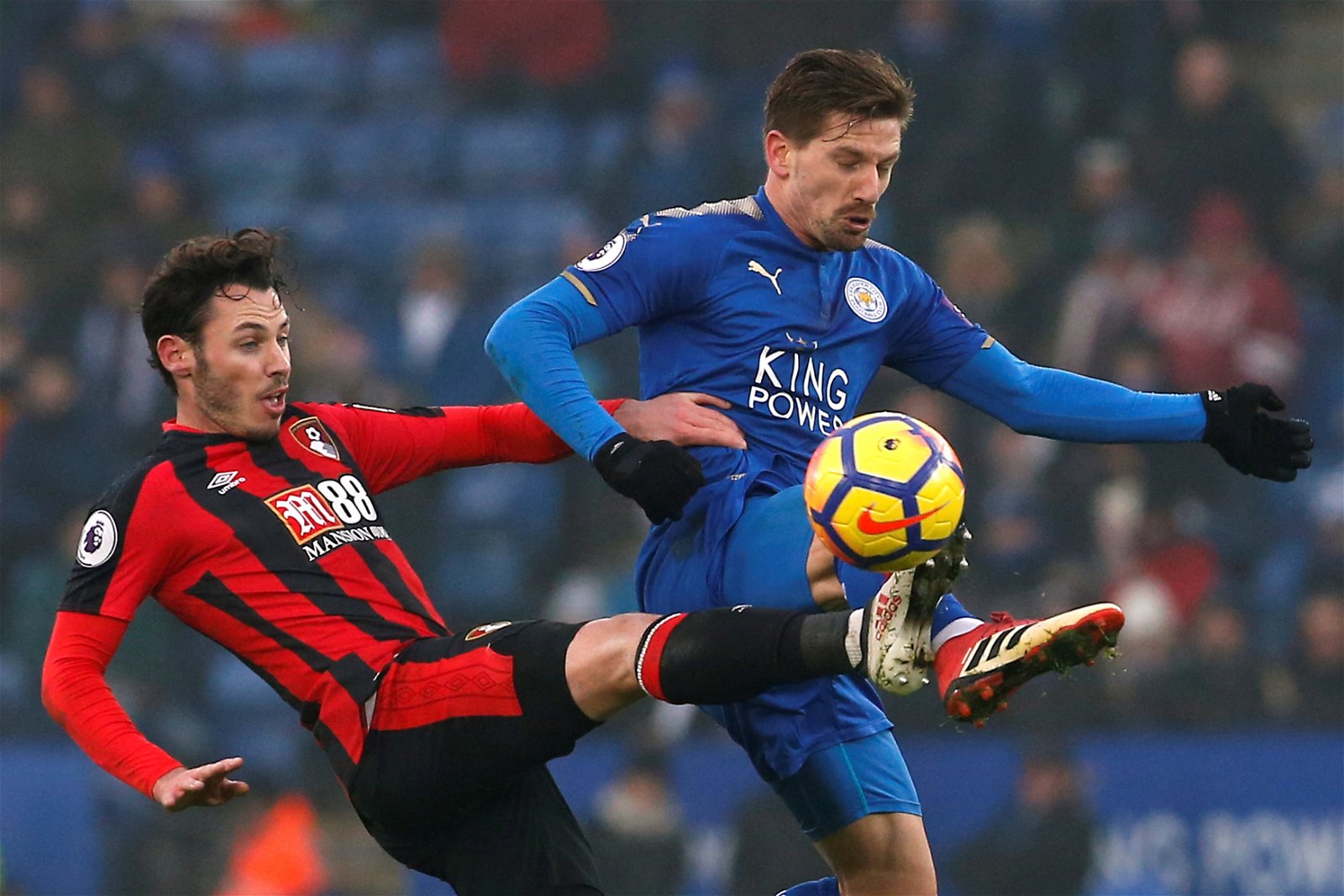 Here are all the Leicester City new signings 2018. We can see below are all new players coming to Leicester City 2017/18. It was a relatively busy summer for Leicester City, and as a result they have brought in a number of new names to the team, such as Kelechi Iheanacho and Vicente Iborra. However, deadline day signing Adrien Silva will not be able to play – or even train – until January as his paperwork was submitted 14 second after the window officially closed. The Foxes are appealing the decision to FIFA.

Below is the list of all Leicester City new signings 2017 and 2018. It includes all the top signings that were brought to the King Power Stadium by boss Craig Shakespeare so far last summer and this January. 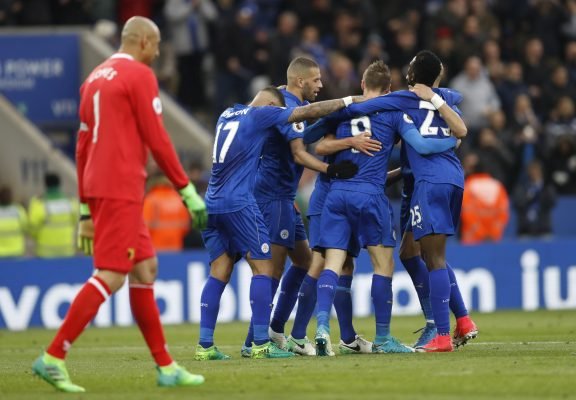 Here is a list of squad players who left Crystal Leicester in the 2016/17 season. 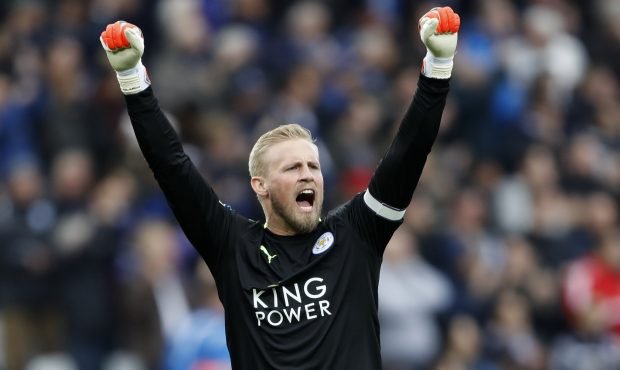 Leicester City Football Club, simply known as Leicester or the Foxes is professional English football team based in Leicester, England.

In 1884, the club started playing on a field near Fosse Road and was known as Leicester Fosse, the club has changed its name to Leicester City and moved to its current stadium, King Power, which was known Walkers Stadium in 2002.

Leicester is now very famous for achieving the impossible i.e winning the Premier League title against all the odds in 2016.

They achieved this feat under the management of Claudio Ranieri.

The club’s home colours of royal blue shirts, white shorts, and either white or royal blue socks have been used for the team’s kits throughout most of its history. The current shirt sponsors are King Power, a company also owned by the club’s owners.

Foxes have been 4 times FA Cup runners-up and have also reached the quarter-finals in the UEFA Champions League (2016/17) in its first-ever appearance in the competition.

Leicester City players transfer news is now very refined when compared to how things used to be in the past.

They became one of the most trending football clubs in the world en route to their Premier League glory.

On Social Media they have experienced significant growth of popularity.

When it comes to Leicester City, news and transfer rumours is very refined in the modern footballing world. The English media contributes their own rumours and exclusive news.

Since the Foxes have grown into the top category of football clubs Leicester City transfer rumours spread very quickly.

Since the Foxes have grown into the top category of English football clubs, their demand for streaming has also grown.

In recent years they have built a reputation for playing a direct attacking style of football.

Fans would love to be part of the beautiful game and witness every moment.

Leicester City live stream online free is something that interests many fans.

There are many different streaming sites, and betting companies with betting offers but it’s the only one where you can see Leicester City’s matches in Premier League.

If you want to see Leicester on TV and stream, there are many streaming services offering live stream.

Then you can watch all TV broadcasts from both the native English League and the cups and when they play in European competitions.

If 38 matches per EPL season is taken into count, it may not sound hectic.

Every year it easily stretches up to 50 matches in a season.

That’s why Leicester City’s program doesn’t get very hectic compared to the so-called Top 6 clubs in the Prem.

When it comes to Leicester City fixtures and Leicester City schedule, it’s possible to see when the team is playing their next match in Premier League’s game schedule.

It’s easy to find when the Foxes are playing their next match.

Leicester have famously appeared in the UCL only once.

Their only European appearance ended in April 2017, when they were knocked out by Atletico Madrid in the quarter-finals.

When do Leicester City FC play next? There are many who want to see the team play because of many reasons.

They have few star players in the squad while playing direct attacking football.

Claude Puel is not a bad coach to have around, he almost took Southampton all the way to the League Cup glory last year.

We can say that Leicester’s lineup is full of promise. The team’s coach is Claude Puel.

If we take a look at Leicester players and the squad, they have few top players like Harry Maguire and Jamie Vardy.

They also have few of Potential top quality players at their disposal.

In the past, the Foxes have produced highly talented players like N’golo Kante, Robbie Savage, Danny Drinkwater and Emile Heskey.

News around this English club is not very high compared to the world’s biggest clubs.

If we look at Leicester City salary list, they pay moderate player wages compared to other English clubs.

They are not threatened by the rules of FIFA Financial Fair Play since they buy so many young talents and nourish them.

But the ridiculous turnover they had in the season after they won the League title suggests that Leicester have a lot to look forward to.

Leicester City news is often about their high press game and team’s hard work but it is also very interesting about other parts like Leicester City tickets, shirt and match kit.

There are also many who are looking for a logo or wallpaper to have their mobile or tablet. Watch & Bet Here =>