Bradford City AFC (Bradford City Association Football Club) is a team that currently plays in League One, having played in League Two and gaining promotion through Play-Offs in 2013.

The club was founded in the year 1903 and were recognised as a Football League member in 1920. They are also known as The Bantams or simply just Bradford.

The club spent 77 years outside the top flight until promotion to the Premier League in 1999/00. They managed to just stay up in the Premier League by finishing 17th. However, in their second season, they finished at the bottom and got relegated to the Championship.

After relegation, Bradford stayed up in the Championship for two seasons before being relegated again in 2003/04 to the League One. In 2006/07 season Bradford City suffered a drop to League Two, therefore, completing a steep drop to the lower tiers within a span of only 6 years.

The club’s home colours are claret and amber for shirts and shorts as well as for stockings. Since their formation, Bantams have played in only one stadium in their entire history, Valley Parade. On 11 May 1985, the stadium experienced an fire disaster which tragically took the lives of 56 supporters. It now holds a capacity of over 25,000 seats. 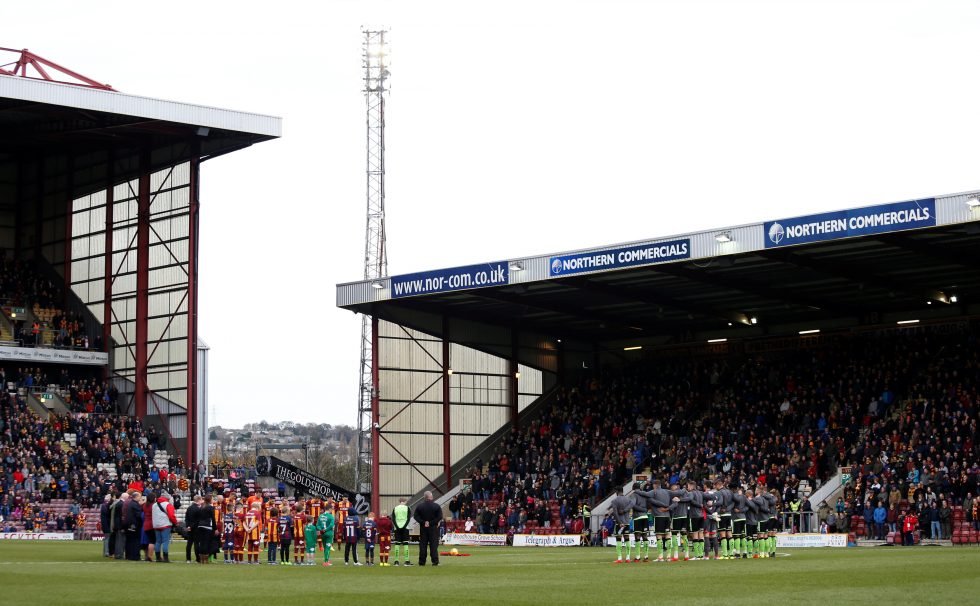 The Tykes do not reveal their wages information but judging by transfer market value as highlighted in table below- it is likely that players such as; Eoin Doyle, Hope Akpan and Sean Scannell are on higher wages than the rest of the team.

Like most other football clubs, Bradford City AFC do not release their wage bill. However many journalists often break wage bill information from Premier League teams which are often accurate. But for Championship and League One teams, very little is known about players wage bills. But here we take a look at the likely Bradford City Players Salaries, contracts and market values.

What we can tell you is that the average player wages in League One are around £2,000 per-week. Since Bradford City are often going between the League One and League Two in recent seasons, they would likely be on slightly lower than average wages. So, here are the

Bradford City news is often about game purchases but other things too. It is especially useful for Bradford City tickets, shirts and match kits. There are also many who are looking for a logo or wallpaper to have on their mobile or tablets. Click to go to Bradford City’s official shop, Twitter account and webpage. Watch & Bet Football Here =>