Portsmouth FC (Portsmouth Football Club) is a team that currently plays in League One, having played in the Premier League for the last time in the 2009-10 season.

The club was founded in the year 1898 from the leftover pieces of the club known as Royal Artillery.

They are also known as The Pompey or simply just Portsmouth.

Pompey kicked off their earlier foundation years in the Southern League.

During the world war their club had many connections with battling armies and unfortunately were in the devastating end of the war. Many people lost their lives and it hurt the Pompey refugees a lot.

Since 1875 the Pompey have played in one stadium for the entire history. For this reason, their fans call their home stadium as ‘The Old Girl’. Since the club was formed the Pompey have been using only one home ground throughout the years as mentioned, Fratton Park Stadium.

Fratton Park Stadium holds a capacity of around 21,000 seats.

The club’s home colours are blue for shirts, red for socks and white for shorts. Like many clubs, Pompey have always switched it up when it comes to home and away kits.

The Pompey have won the Premier League title, the top tier of English football on two occasions. They have also won the second, third and fourth divisions. Watch & Bet Football Here =>

Pompey are considered to be southern England’s most successful football club outside London in terms of cups, honours, and titles. 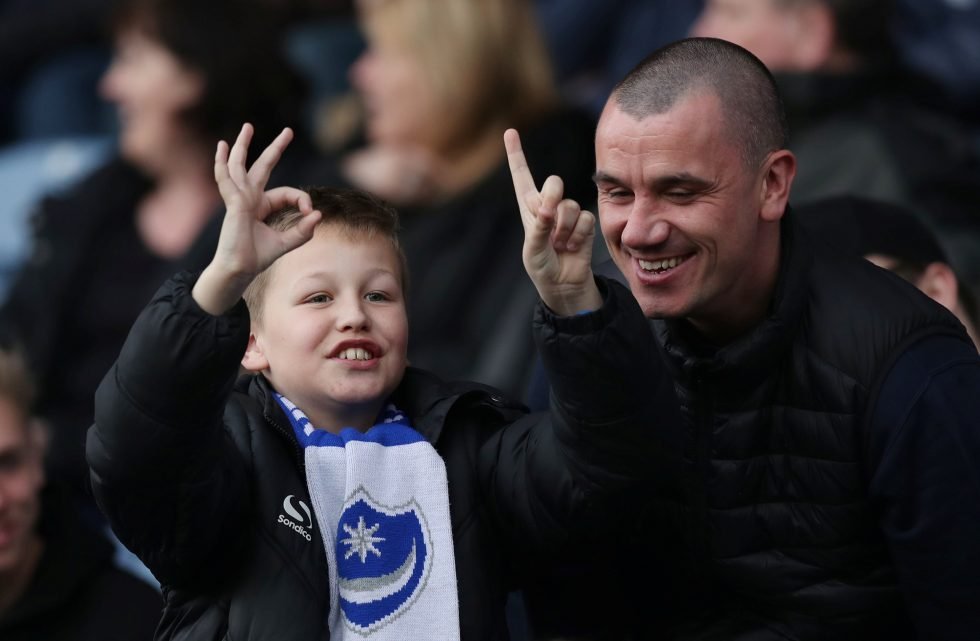 The Pompey are mostly supported across the Port side of the Hampshire in England.

Pompey fans consider their main rivals to be Southampton. Pompey also has a strong rivalry with Plymouth Argyle and the fixture is famously known as the “Dockyard Derby”.. There are many fans who want to see their club get on a good track and compete on a top-level.

Pompey do not reveal their wages information but judging by transfer market value as highlighted in the table below- it is likely that players such as Anton Walkes and Brett Pitman are earning the most at Portsmouth.

Portsmouth players earn an average £3,269 per-week according to Footy.com. 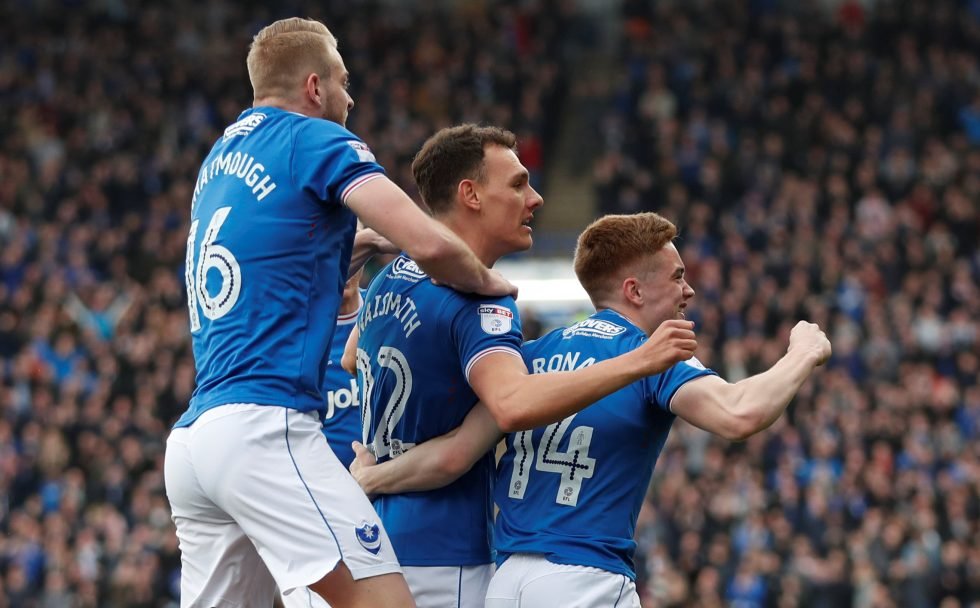 Pompey, like most other football clubs, does not release their wage bill. However many journalists often break wage bill information from Premier League teams which are often accurate. But for Championship and League One team, very little is known about players’ wage bills. But here we take a look at the likely Portsmouth Player Salaries.

What we can tell you is that the average player wages in League One are around £2,000 per-week. However, according to reports, the average weekly wage of a Portsmouth player is around £3,269 per-week. So here are the Portsmouth Player Salaries and contract details 2022.

The Pompey have a good domestic history in terms of trophies and achievements.

The club’s first-time appearance in European football was in the 2008 – 2009 season in the UEFA Cup.

Portsmouth players transfer news is not too active for a League One side. The Pompey have signed 7 players and also have loaned in 8 players in the recent transfer windows. Pompey have sold or released about 16 players in the process. The club is doing a lot to improve to have any control over their transfer business game to go further in the English league.

There is always news and rumours when it comes to The Pompey.

There are usually several pages with  Portsmouth transfer rumours on the internet and in the newspapers and there is nothing to write about if the newspapers usually find news. If it’s not credible news, it’s usually rumoured that they’ve taken from the air and the Internet. Watch & Bet Football Here =>

Portsmouth live stream online free is something that is interesting to many.

There are many sites to stream Portsmouth. 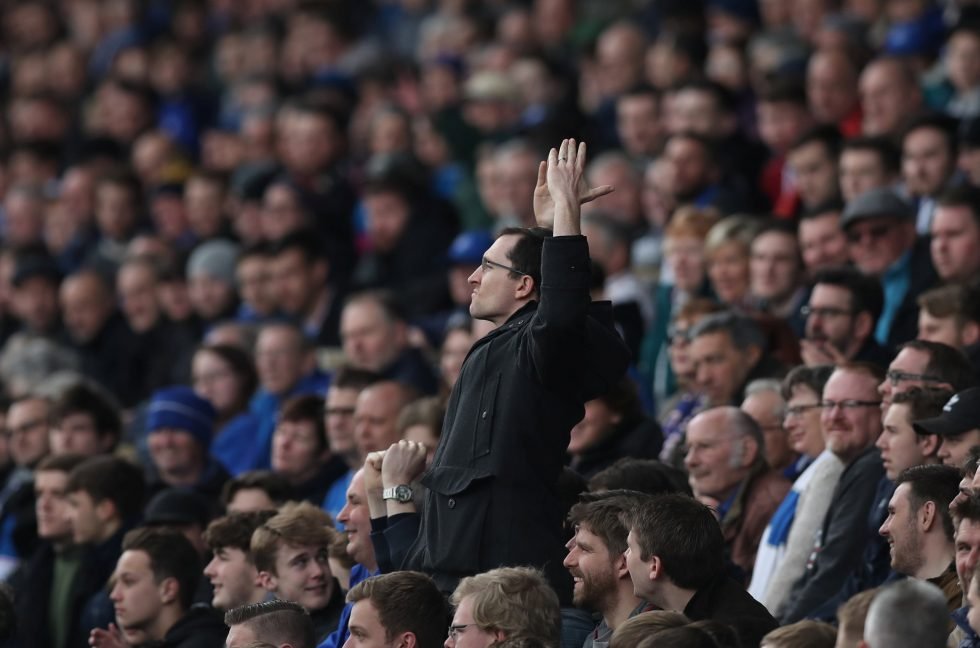 Fixtures Portsmouth? There are 46 League One games from August to May.

Therefore, Portsmouth fixtures are very packed and they often to play two or three matches within a week. The competition season offers very many matches and then you can also add training cups and various preseason competitions. When it comes to Portsmouth fixtures and schedules, it’s possible to see when the team is playing their next match in League One’s game schedule.

It’s easy to find when the Pompey is playing their next match. Pompey usually play league games on Saturday’s. Unfortunately, the Pompey don’t usually play against the European elites now a days.

As mentioned above – the club’s first-time appearance in European football was in the 2008 – 2009 season in the UEFA Cup. The Pompey in recent years have struggled with a financial crisis and were forced to sell their best players for fun. They have only featured in the UEFA Europe League only once.

They will need to improve a lot if the club wants to gain promotion.

But next match in the league match at Portsmouth fixtures, they aren’t favourites to win certainly though.

As we mentioned above, Portsmouth’s lineup and the starting line up are full of young stars. The team’s latest manager, especially Kenny Jackett, and likes to work closely with his team.

Looking at players and squad, they have many young and talented players and exceptionally all of them being British players.

The news around this English club used to be very active in the 2000s when they were selling talented players for fun. Today, they may not be challenging some of the world’s biggest football clubs, but the news about The Pompey Club is getting big and better for a good cause.

If we look at Portsmouth Player Salaries they will undoubtedly be some of the lowest wages in Europe. However, players earn bonuses. This is to get around the FIFA Financial Fair Play.

Portsmouth news is often about game purchases, but it is also very interesting about other parts.

It is especially useful for Portsmouth tickets, shirts, and match kits. There are also many who are looking for a logo or wallpaper to have on their mobile or tablets. Click to go to Portsmouth’s official shop , Twitter account  and webpage .