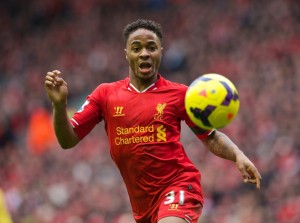 No surprise that another pacy winger makes the list and coming in at number five it’s Manchester City star Raheem Sterling.

A controversial season off the pitch hasn’t effected the wingers performances as he’s been one of City’s star players throughout a very disappointing campaign.

This player can play at any team in the Premier League and still be brilliant for them.