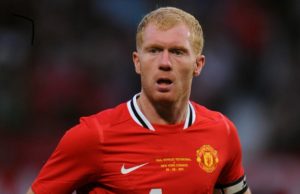 France legend Zinedine Zidane told journalists to “ask Paul Scholes” what it was like to be the best player in the world. And it’s exactly that kind of top-class form that kept him at Manchester United for his entire career.

Winning the treble in 1999, Scholes went on to win 11 Premier League titles, three FA Cups and the Champions League twice.