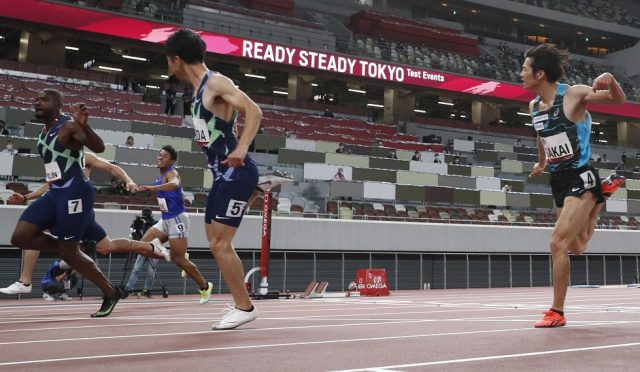 Well, look no further because we have all the information for you right here. The Olympic Games are about to start off this month in Tokyo, Japan. It will the 29th edition of the games with over 11,000 competitors from 206 different countries. All will be aiming to gain recognition and glory through the Olympic games and bring their nation honour.

Japan has had to use all of its resources to make sure the Olympic games go ahead without a hiccup. Tokyo 2020 president Seiko Hashimoto has said he’s “100%” certain the Olympic Games can go ahead, despite cases rising in the city.

Originally, the event was scheduled to take place in March 2020 but had to be postponed due to the COVID-19 pandemic. Now, it is set to be held behind closed doors. After this, the Summer Paralympics will be held between 24 August and 5 September 2021.

When is the Olympics Opening Ceremony?

The opening ceremony will take place on Friday evening (23rd July) at the New National Stadium to officially open the competition and will be broadcast on BBC One.

Where is the Olympics being held? Tokyo Olympics 2021 Location!

The 2021 Olympics is being held in Tokyo, Japan.

Japan will host the Olympics for the second time with the first time being in 1964. This will make Tokyo the first city in Asia to host the Olympics twice. This will be also be the fourth Olympic games held in Japan with the Winter Olympics held twice before in 1972 (Sapporo) and 1998 (Nagano). We will get to see the world’s most skilled athletes perform at the largest stage across 35 different spots, 53 disciplines and 400 events. Watch & Bet here =>

Japan has had to lay down COVID-19 protocols to keep the Olympic games safe and running smoothly. So far, the even is set to go ahead. Those participating in the Olympics will have to use Japan’s COCOA Exposure Notification app and be tested for COVID-19 every four days.

Vaccinations are not compolsury for all athletes but individual countries are making sure their athletes are all vaccinated. As far as live audience is concerned, Japan will not allow them to the Olympic games.

Tickets initially sold out last year for the events but now they will all be held behind closed doors. All oversees fans have had their tickets refunded.

On the very first day of 2020 Summer Olympics, we are about to see plenty of events like Archery, Shooting, Gymnastics and more. Find out the entire schedule below –

NBC will be streaming online the 2020 Olympics 24/7 and you will be able to view it if you have cable. NBCSports Gold will have a separate Olympics package which one will have to subscribe to up front. All events will be showed without any ad interruption then in the USA.

As for in the UK, BBC will be covering all games on TV, radio and online. Eurosport also has rights through their TV channel with the time difference being 8 hours to Tokyo. Most UK viewers will have to get up very early in the morning.

Seven Network will broadcast the 2020 Olympics free of charge in Australia. Look out for Channel Seven, 7Mate and 7Two. It’s a good year for watching Down Under, with Sydney only an hour ahead of Tokyo.

The full list of Olympic Games sports for 2020 Olympics –