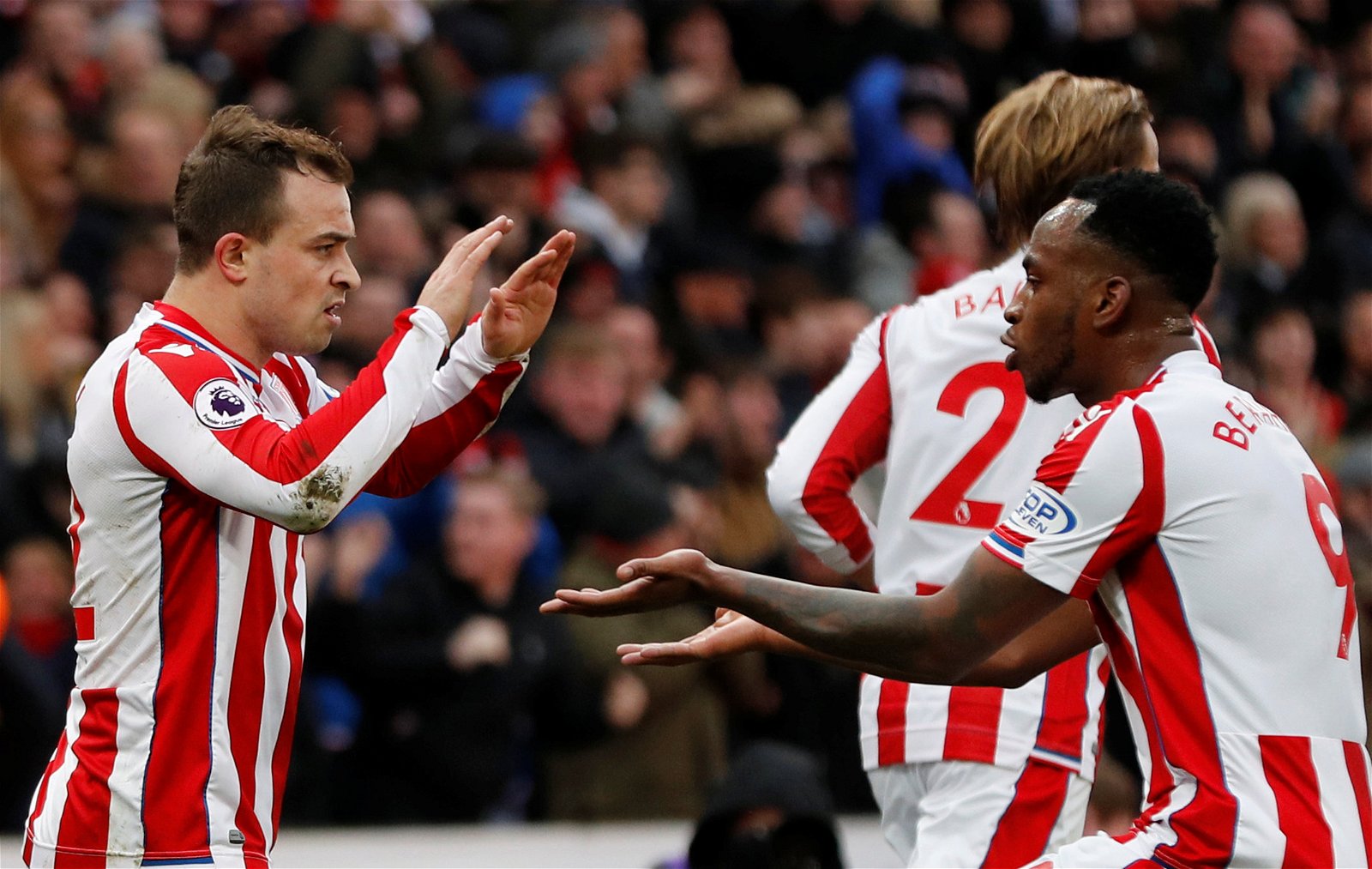 Stoke City FC transfers list? Below is the list of all Stoke City FC new signings 2018/19. It includes all the top signings that were brought to the Bet 365 Stadium by boss Nigel Adkins so far this season.

Stoke City purchased Benik Afobe from Wolverhampton Wanderers just days after he had completed his move to Wolves from Bournemouth which was one of the peculiar happenings so far this summer. Wolves activated Afobe’s buy-out clause of £10 million, and then loaned him to Stoke for six months with an obligation to buy for £12 million. It’s good business for Wolves making £2 million. Meanwhile, Tom Ince has joined from Huddersfield while Sobhi goes the other way in what could be presumed a swap-deal plus cash.

Next are the players that departed Stoke City FC in 2018/19. It is a list of all players who have left Stoke City FC this season.

Key players such as Xherdan Shaqiri, Ramadan Sobhi and Lee Grant have left Stoke City for pastures new. Shaqiri will be a big loss for Stoke as the Swiss was one of their best players on his day. Unfortunately, being relegated meant that these players were not keen to stay at the Bet365. Meanwhile, Kevin Wimmer has left on loan to Hannover 96, presumably because Stoke could not afford his high wages after signing him from Tottenham last summer. Additionally, Wimmer had a bad season for Stoke and his £18 m move last summer has been branded a flop.

The Potters have been improving their squad this summer ahead of the 2017/18 season. Stoke City are now a sustained Premier League side heading into their 9th season. They have made some very good signings over the last few seasons but some would argue they have under-performed.

Here are all the Stoke City FC new signings 2018. We can see below are all new players coming to Stoke City FC 2017/18. The Potters didn’t spend big during the summer, but they still made some tidy acquisitions particularly in defence, bringing in centre-backs Kevin Wimmer, Bruno Martins Indi (previously on loan) and Kurt Zouma. Jese Rodriguez is also a real coup for Paul Lambert’s side.

In the 2018 January transfer window Stoke City bought Moritz Bauer who has turned out to be a good buy as a young full-back.

Below is the list of all Stoke City FC new signings 2018. It includes all the top signings that were brought to the Bet 365 Stadium by boss Mark Hughes and new manager Paul Lambert so far this season.

Next are the players that departed Stoke City FC in 2017/18. It is a list of all players who have left Stoke City FC this season.

Here is a list of squad players who left Crystal Stokein the 2016/17 season. 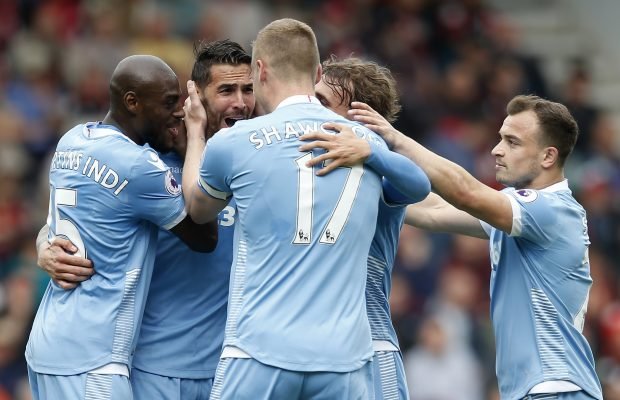 Stoke City Football Club commonly referred to as The Potters, Stoke City or simply Stoke is a English football club.

Founded in 1863 and is currently competing in the Premier League, the top tier of English football, the team plays its home matches at the bet 365 Stadium.

The club was founded in 1863 as Stoke Ramblers and they are the second-oldest professional football club in the world, after Notts County, and are one of the founding members of the Football League.

The Potters have kept changing colours and crest , but were able to finally revert to red and white and when they re-joined the league in 1919.

Stoke have forever used red and white striped shirts, with the only time when they mixed it up was for two seasons in the mid 1980s, they wore a pin-striped shirt.

In international club football, Stoke was:

Stoke’s local rivals are considered to be Port Vale.

As the two clubs have regularly been in different divisions. There have only been 46 league matches between the two sides, with the last match being in 2002.

Stoke City players transfer news is something that has been notices in the news a lot in recent seasons.

There is always some news and rumours when it comes to Stoke City.

And they have so many talented players who joined from giant European clubs.

There are many English sites and newspapers related to Stoke City transfer rumours.

Much of the support that the club enjoys is from the local Stoke-on-trent area.

There are many number of passionate fan clubs, notably in London and Scandinavia.

And also countries such as Russia, the United States and Australia. Lots of fans turn up to see them in the Premier League.

There are many fans who want to see Stoke stream and follow the club every week.

Stoke live stream online free is something that interests many. There are many different streaming sites, gaming companies and betting pages with live stream.

Fixtures Stoke City? The Premier League is determined after the end of 38 game weeks.

Then, they also play in the various domestic cups and sometimes in Europe.

And it makes it more or less than 50 matches in a season.

When it comes to Stoke City fixtures and Stoke City schedule, it’s possible to see when the team is playing their next match in Premier League’s game schedule.

It’s easy to find when the Potters are going to be playing their next match.

Stoke in the Champions League

History suggests that Stoke City haven’t featured in the Champions League. But they have played in the Europa League.

Their most recent UEL appearance came in 2011-12 season, they were eventually knocked out by Valencia.

When do Stoke City play next? There are many who want to see the team play because of various reasons.

They are a tricky team to play against and have many talented players.

The manager is Nigel Adkins. Looking at Stoke players and the squad, they have many quality players.

Jack Butland, Joe Allen and Tom Ince are a few of their best players.

It is a squad that has what it takes to beat any team, especially at their home ground.

It’s fair to say that there will be interesting news surrounding the English club. They have been challenging against some of the biggest clubs in the England for sometime now.

If we look at Stoke’s pay structure, they do pay moderate wages in England. But the bonus allows their top players to earn more.

Stoke City news is often about their physical and tactical strength but there are other interesting things to look at.

Like, Stoke tickets, shirts and match kits. There are many who are looking for a logo or wallpaper to have on their mobile or desktop.