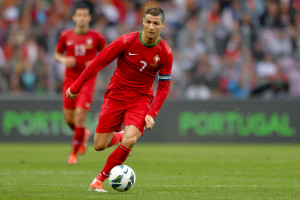 Another Portuguese legend makes the list and a player who will go down as one of the all-time greats.

Cristiano Ronaldo has won it all at club level, but has failed along with Figo and Eusebio on the national stage.

Clearly Portugal are simply not good enough to compete for major honours, and it leaves Ronaldo with nothing next to his name on the national stage.

The 30-year-old could become the nations most capped player, overtaking Figo, if he makes eight more appearances for Portugal.