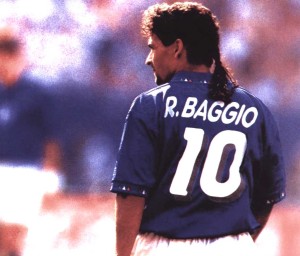 Ninth in our list is one for you older readers as it’s Italian legend Roberto Baggio.

Now 48, Baggio retired back in 2004, ending his career in Italy with Brescia, but during his 56 senior appearances for his national team, he failed to taste success.

During his time playing for Italy, they finished third in the 1990 World Cup, and then finished runners-up in the 1994 World Cup.

Baggio won four major honours during his club career, winning three with Juventus and one with AC Milan.