Christian Benteke’s salary per week? Scott Dann’s salary per week? Wilfried Zaha wages per week? Who is the highest-paid player at Crystal Palace? The highest-paid player at Crystal Palace is Wilfried Zaha, who has been their talisman as well. He earns a huge £130,000, followed by summer 2018 signing Max Meyer and striker Christian Benteke, with £125,000 and £120,000 respectively. 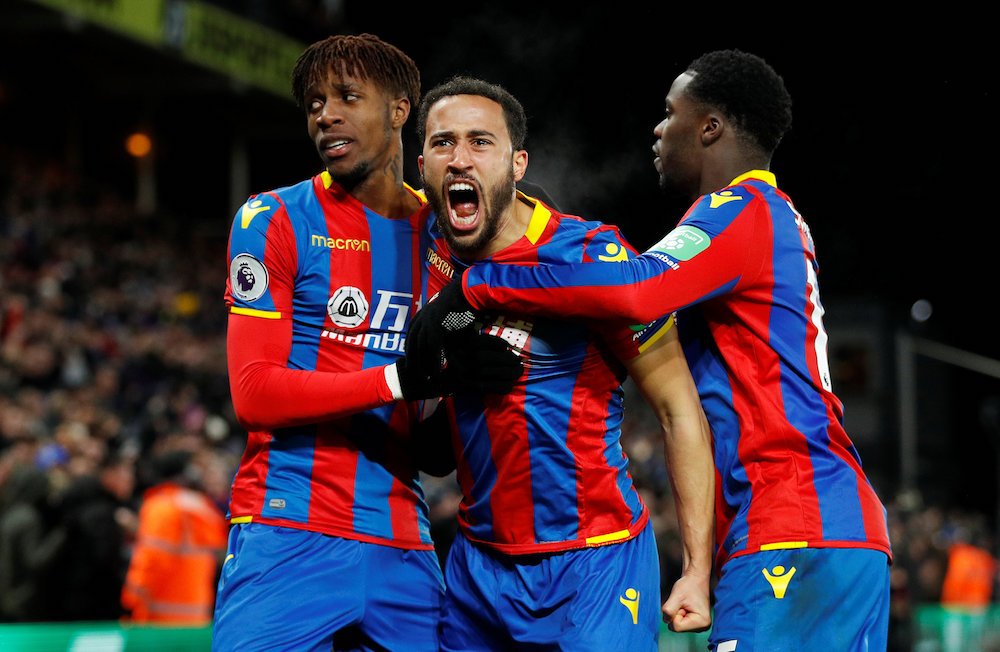 Below is the full list of Crystal Palace players’ salaries. You can see their position and weekly wage. They narrowly avoided relegation from the Premier League in 2016/17 thanks to manager Sam Allardyce. In 2017/18, Palace lost most of their first ten games and sacked their manager Frank De Boer. They looked certain of relegation but luckily they made a smart decision in hiring former England manager Roy Hodgson.

He did remarkably well with a limited squad and budget and helped them to stay up in the Premier League. Palace have also been able to hold on to their best player Wilfried Zaha this season, who signed a new contract last year that makes him the highest-earning player at the South London club. But he is eyeing for a move away from Selhurst Park stadium this summer and has a hunger to win some trophies in his career.

He has been followed by Max Meyer, who was brought into the side in summer 2018 and Christian Benteke as the second and third highest-earning players at Crystal Palace. Watch & Bet Here =>

As you can see, there is a large range of wages at Crystal Palace. The more important players are on the higher wages, and Wilfried Zaha is on the highest wage the club has ever paid. Other notable wages are £125,000 for Max Meyer following his arrival last summer. Belgian international Christian Benteke is also on £120,000. The Palace fans were looking for decent performances from the key players and they have delivered decently so far. The club has enjoyed seven years at the top flight and finished the 2020/21 season at 14th place.

Roy Hodgson’s squad lacks depth having only 21 as first-team players due to the lack of funds at the club. Palace even failed to progress in either of the two cup competitions. This transfer window is crucial for the club as they need to address the aging squad and sign some young players. They already started that with the signing of 19-year old England U-20 right-back Nathan Ferguson.

Wilfried Zaha is the highest-paid player at Palace earning £130,000 a week.

2. How much does Conor Wickham earn?

3. How much is Crystal Palace worth?

4. Who are Crystal Palace’s biggest rivals??

Crystal Palace fans consider their main rival to be Brighton.

5. What are Crystal Palace fans called?

They are called the Eagles.