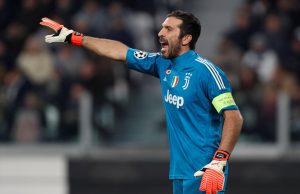 Gianluigi Buffon is one of the top Footballers Who Never Played in the Premier League. He is widely regarded as the best goalkeeper of all time throughout his years playing for Juventus and Italy. The man is a living legend and incredibly, at the age of 40-years-old, he is still playing for Juventus. He is also currently still the most expensive goalkeeper in history after his €52m move in 2001 to Juventus from Parma.  Buffon holds the record for most clean sheets in the Serie A and has played 500 times for Juventus. It’s s shame we haven’t seen him in the Premier League as he’s very loyal to Juventus.