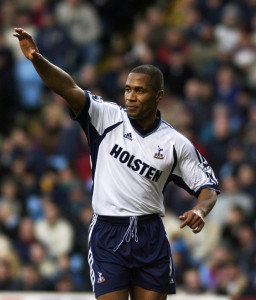 One for you slightly older folk as Les Ferdinand comes in at nine on our list.

Now retired and working for Queens Park Rangers, Ferdinand was quite the striker back in the 90s, but sadly for him, he could never get his hands on the Premier League trophy.

Ferdinand made his name at Loftus Road, before moving on to Newcastle United and Tottenham Hotspur.

Following his time at White Hart Lane, he then moved on to West Ham United, Leicester City, Bolton Wanderers, Reading and Watford.

Over 400 Premier League appearances, but no trophies to show for it.