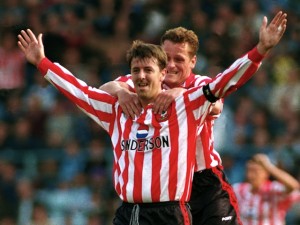 Matt Le Tissier is rarely mentioned in terms of footballing legends, but he has to go down as one for his skillful nature and his natural ability.

The striker was a one-man club after refusing to leave Southampton, despite Manchester United calling for his services at one point throughout his career.

However, The Saints have never won the Premier League.