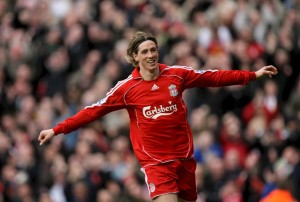 Sixth place comes Fernando Torres. One half of him was stunning in England. The other half, not so much.

The Spaniard was one of the best strikers in the Premier League during his time at Liverpool, but he failed drastically after his £50million move to Chelsea.

However, the striker failed to win the league at either club.

Over 200 Premier League appearances for Liverpool and Chelsea combined before he moved to AC Milan.