Regardless of which of the opposing verdicts of a Magistrates’ Court or the FA on John Terry’s guilt you agree with, the sight of the England captain appearing to moth the words ‘f***ing black c***’ on the field was a shocking moment. The pair were marking each other at every free-kick and corner, exchanging insults and abusive gestures before Terry was caught on camera seeming to shout ‘f***ing black c***’ in Ferdinand’s direction. Ferdinand was not aware of the language at the time, but the footage was everywhere within minutes. Terry received a four-game ban and a £220,000 fine. Having been stripped of the England captain’s armband for a second time, he retired from international football ahead of the verdict saying his position was ‘untenable’. 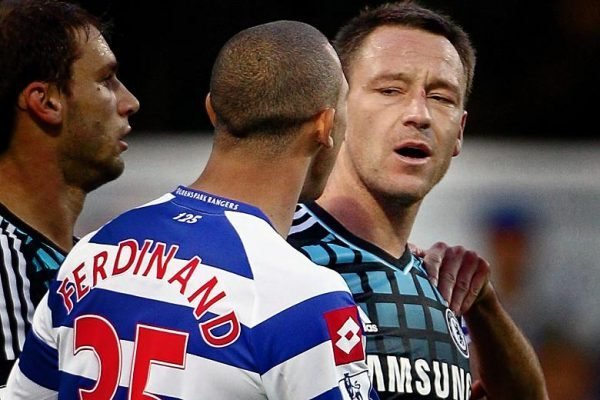